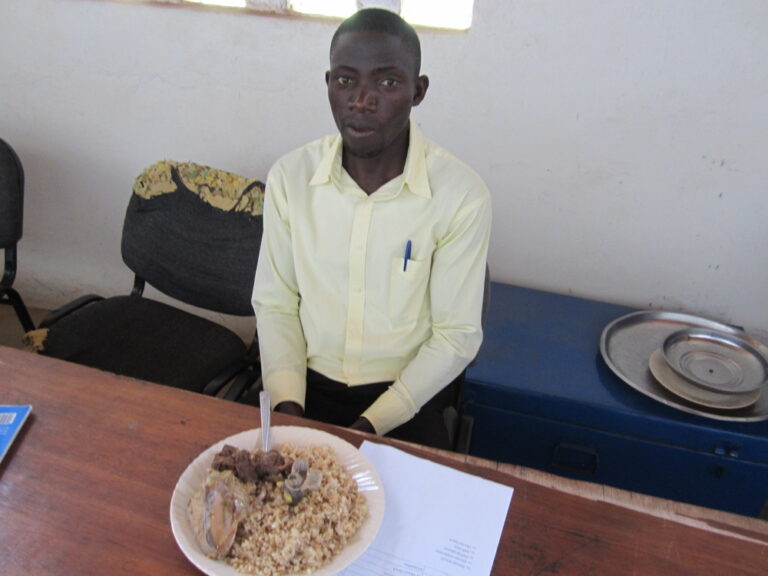 Today it has been such a great and amazing kind of surprise to our new acting headteacher for High school.
The staff together with the directors felt having a simple party to usher him in for the new responsibility of headship.
The meeting was just for two to three hours and then having lunch together.
Among the speakers were the Director of Education Aunt Grace who took time to talk good of the new acting head teacher’s personality traits that included; his competence, efficient administrator, role model to both the students, teachers and parents. She continued telling the headteacher that he is the eye and the visionary figure of Kimbilio, also to be accountable to both the staff, students, board and other stakeholders.
She described him as a public figure who is to represent Kimbilio allover. That he will be the face that will bring hope to many of our young generations, donors and parents. She concluded by saying that his leadership will be always remembered for many years and promised to stand/ support him in his administration where need be! ( to work together as a team).
Sealing to the Director of Education’s communication, the National director Uncle Cor also said that surely Tr Obonyo Andrew is the face of the school like Kimbilio which is focus to the standard of making it the best in eastern and especially Tororo. Director was also very happy to see this former teacher being placed in this position. Director appealed to headteacher to always be near his coach to make him serve better.
Back to the guest of the day Mr Obonyo Andrew ( Acting Headteacher), thanked very much the directors for the trust they had in him to lead others, he called upon all the members to rally behind him in lifting up the standard to the best that the community is viewing us ( Kimbilio) as the modest school around the District. He informed members he had never had such a great surprise in life, so it was worth to be done for him.
The senior man teacher Odulla Joseph advised the colleagues to embrace the COVID immunization and promised to work with him as it has been in the past and prayed for God’s wisdom, protection and love.